Changing The Way We Think About Charity

Changing The Way We Think About Charity 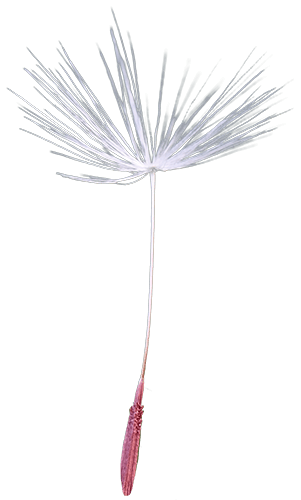 In 2013, activist and fundraiser, Dan Pallotta gave a TED Talk explaining that “the way we think about charity is dead wrong” and, unfortunately, this topic is just as relevant almost 10 years on.

In his talk, Pallotta highlights the double standard we have when it comes to charities. We don’t treat charities like regular businesses, instead we expect charities to have a big output and positive impact without spending money on the staff or resources to achieve their goals.

Pallotta believes that, if we want charities to succeed, we should treat them like for-profit organisations. But what exactly does this mean? He identifies 5 areas where things need to change.

We don't pay employees in the not-for-profit sector enough which means we're not attracting the best talent to help charities thrive and grow. In 2013, the average salary for someone with an MBA in America, 10 years after graduating was $400k. If that person were the CEO of a medical charity, they would've only been on $80k. It would be a similar story in Australia and understandably, a lot of talent is not willing to take the pay cut to move into the not-for-profit sector. It's more advantageous for them to make a $100,000 donation and claim the charity tax deduction each year instead of running one. However there are some non profit salary packaging options available in Australia.

2. Charities Need to Invest in Advertising and Marketing

Many people question the percentage of money actually going to charity in Australia. While the for-profit sector spends so much on marketing and is encouraged to do so, when it comes to charities, people don't want their donations going towards marketing or advertising. However, if our donations did fund advertising and marketing, the charity would have a far greater reach, and this would create opportunities to receive even more donations. Non-profits need to be able to communicate with the public about the work they are doing and to ask for donations in return. Put simply, marketing multiplies the money.

3. Starting a Charity or Taking Risks on New Revenue Ideas is Hard

Charities don't have the luxury of trying new things, of innovating and evolving. To start one from scratch you need a large seed fund to have an impact. If they try something new and it does not work out, their reputations will be damaged, and donors will no longer support their cause. This lack of innovation also means there is a lack of growth and ability to change the way not-for-profits operate.

4. Charities Should Be Afforded Time

For-profit businesses are given the time to turn a profit but unfortunately, charities are not afforded the same luxury. Most for-profit businesses can take years before they become profitable. However, if a not-for-profit organisation proposed a plan to build on a massive scale, but it would take several years for the money to go to the cause they are supporting, donors would be very unlikely to support this.

People always ask, “what percentage of my donation goes to the cause and what goes to the operating cost of the organisation?” This makes people believe that expenses or overheads of the charity are not a part of the “cause” they wish to support. This in turn forces charities to go without the things they really need to grow their organisation. We need to no longer see “expenses” or “overheads” as negative words when it comes to charity. The operating costs of a not-for-profit business are as much a part of supporting the cause as the funds that are going directly to those in need.

The Be BlueRock Foundation works with clients to determine bespoke giving strategies and does the due diligence on charities clients may wish to support. A part of this due diligence includes looking at the organisation’s financials and ensuring that you are supporting charities that align to your unique values and beliefs.

These are just a few of things we discuss with you when going through our Philanthropic Consultation process.

Get Involved in Philanthropy

If you would like to talk to us about developing a giving strategy and supporting charities you believe in through the establishment of your own Charitable Fund Account, get in touch with a BlueRock philanthropy consultant today.

Ready to make a difference?
Set up your fundMake a donation